Does Your CEO Know His/Her Emails Are Not Private?

“Does the NSA collect any type of data at all on hundreds or millions of Americans?”

Senator Wyden pressed, “It does not?”

“Not wittingly. There are cases where they could inadvertently perhaps collect, but not wittingly,” answered Clapper.

Then came Eric Snowden and the truth, along with further admissions that the collection of data is not simply “meta data” but a much more invasive intrusion into our privacy and thus a clear violation of the Fourth Amendment.

Why hasn’t Clapper been indicted for perjury? For the same reason no other scandal in this Administration see’s the whites of a special prosecutor eyes. The Department of Justice is completely dysfunctional.

Fully three years before anyone heard the name Snowden, we became suspicious that something was amiss at AT&T over large enterprise-level contract negotiations with mutual clients wherein AT&T would push back very hard about their ability to notify customers of both “warrantless” and “warranted” searches on their customers’ calling records, claiming that AT&T could simply not operationalize this notice request due to the sheer volume of government requests.

Then on August 15th of this year, the New York Times published an article detailing the unusual partnerships between the NSA and AT&T and two highly questionable programs called Fairview and Stormbrew. These two programs allow government presence in AT&T Internet peering points, thus having access to customer Internet traffic and email content. So much for the supposed collection of merely the call detail records and meta data for wireless phones… It appears that the federal government is embedded in our daily communications of all kinds with the full knowledge and complicity of AT&T.

Could it be the large government contracts that AT&T receives some form of quid pro quo?

Is AT&T the only one? No. The article states Verizon also shares this data, but is somewhat unclear if Verizon participates to the extent of AT&T – according to the article.

Surely, the average American citizen should be outraged? But are they? Are corporate citizens disturbed? In bringing this subject up to IT and Procurement departments in our large data base of clients of publicly-traded companies, it is shocking to say the least for some of them to tell us it’s not a concern. Notwithstanding the fact that nobody has ever proved the collection of this personal data has thwarted a single act of terrorism, many Americans are apathetic to this fundamental violation of the Bill of Rights.

So, I ask – “Does your CEO really know his or her emails are being read? Does he or she know his Internet traffic is being tracked?”

Over the past year we have been structuring contract negotiations with U.S.-based telecom carriers to address these concerns contractually. Let me state unequivocally, it is a monumental arm wrestle during negotiations but there are steps corporate America can take to protect their sensitive date from prying government eyes who have no business digging into the data in the first place.

One simple way to deal with the issue is to voice your concern with your wallet. Simply don’t renew major contracts with AT&T and let them know this is the reason. If that is not an option (hard to believe), you will have to deal with this issue contractually.

If you would like help in protecting this data with “Best in Class” contract terms for enterprise-level deals, call us. We can help. But – in the meantime, it’s cover your rear time if these contracts are under your purview and C-Level suite suddenly becomes aware of the extent of their exposure. I would surely think those responsible for their corporate networks would have this conversation internally and document it, if only to cover their rear end later.

Here’s a link to the NY Times article: http://www.nytimes.com/2015/08/16/us/politics/att-helped-nsa-spy-on-an-array-of-internet-traffic.html?_r=0

Telibid™ enables us to strategically source telecom contracts for our clients and provides them with a streamlined, web-based toolkit for overseeing all parts of the process.
LEARN MORE 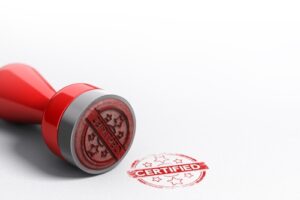 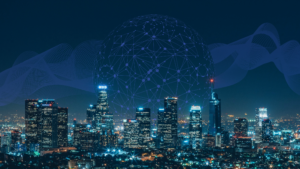 Teligistics Auditing Process In telecom expense management, the difference between providers is most evident in the auditing process. An accurate audit of your telecom bills 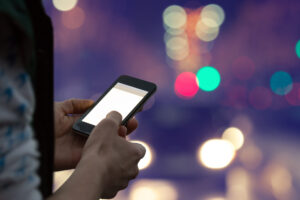 What is the right mobile strategy for me?

Businesses across all industries have embraced mobile operational workflows and together devote almost $2 trillion annually to maintaining these mission-critical processes, according to research from